CURVES, LOVE AND BETRAYAL: THE NIEMEYER STORY WITH RIO

One can say that Rio de Janeiro is a curvilinear city. We have the curves of the waves in the sea, the girl from Ipanema and also the works of the architect Oscar Niemeyer.

Born in Rio de Janeiro on December 15, 1907 and graduated from the National School of Fine Arts, Niemeyer was the author of projects worldwide. Many of them are right here in Rio and in the neighboring Niterói.

The Footbridge Profesor Darcy Ribeiro, better known as Sambodrome, is one of them. Founded in 1984, the venue is the place where samba schools parade during Carnaval. In 2016, it hosted the final of the marathon and archery of the Olympic Games. The Sambodrome is located at Marquês de Sapucaí Street and can be visited all year round, even outside the Carnival period. A good tip is to visit the Samba Museum, which is in the same place during the day. At night, the good thing is to enjoy the technical rehearsals of the samba schools, which is like a warm-up for Carnaval and it starts in December.

But despite his love for Rio, Niemeyer also fell in love with other cities. In some cases, this love story (or betrayal, depends on the POV) was mutual, and it seems difficult to think of one without relating to the other. It was precisely this reciprocal and lasting love that took place between the architect and the city of Niterói.

This is one of the first things that comes to mind when observing the Museum of Contemporary Art of Niterói. Known as MAC, his acronym, its a famous construction and its most interesting works by resembling a flying saucer. Built in 1996 under the Mirante da Boa Viagem, it’s the postcard of Niterói. The visitor has access to a wonderful panoramic view of the waterfront, as well as a collection of contemporary works of art. The museum’s exhibition space runs from Tuesday to Sunday from 10 a.m. to 6 p.m. The patio is open from Monday to Sunday from 9 am to 6 pm, free admission. The museum is located in Mirante da Boa Viagem, no number, Niterói. 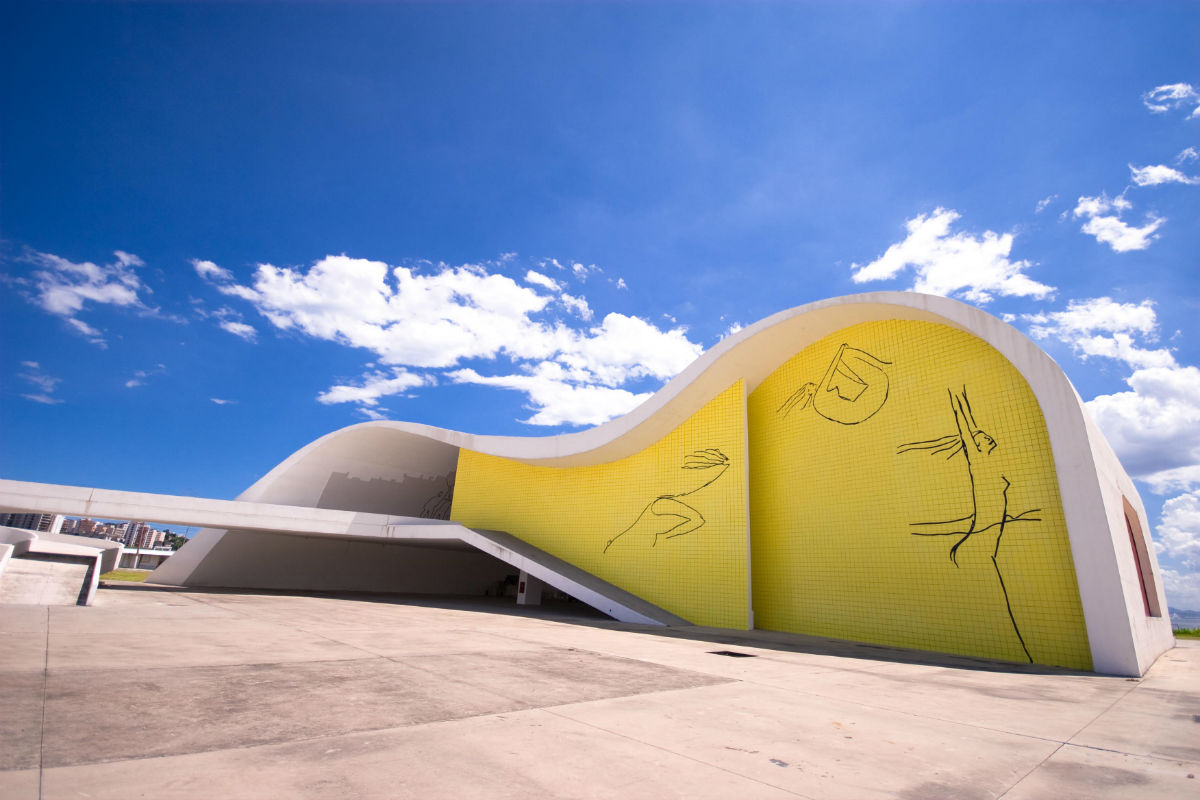 Since the conclusion of the MAC, Niterói invited the architect to do other work in the city. Like the JK Square, the Popular Theater of Niterói (photo on the left) and the Waterway Station of Charitas. Currently these works make up the so-called Niemeyer Path. It stretches from the city’s downtown to the Boa Viagem neighborhood, where the museum is located.

In the next weekend…

How about taking a trip to Rio and putting together a touristic itinerary that mixes well-know landscapes of Rio and contemplate the works of one of the biggest names in world of Architecture?! Incredible, eh? A place to stay in Rio you already have: of course you’ll stay with us at El Misti Hostels!